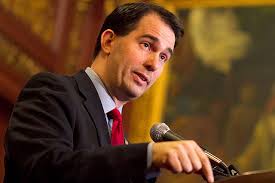 While  nobody really knows or cares what either The Magna Carta or The Wisconsin Idea say, both documents mean a lot to people. In fact, a tattered version of the Magna Carta, circa 1200, was found right around the same time Scott Walker was busy rewriting The Wisconsin Idea, and that old piece of English paper will probably sell for millions of dollars (though not as much as the $21 million one sold for in 2007 or 1/14th of the amount being cut from the UW-system for those keeping score).

However, besides saying the King is also subject to the laws of the land, do you know what the Magna Carta really says? Yep, that's the right answer. It doesn't really matter, partially because it's not our king and not our land. Additionally, did a large portion of the people in Wisconsin know what The Wisconsin Idea really said and how it was being changed, or why it even mattered? Nope. Do UW-system students learn it like a fight song? Do they learn fight songs?

According to THE authoritative Yahoo Answers, The Wisconsin idea, at least partially says this: "The boundaries of the University are the boundaries of the state." It also likely added Progressive mumbo-jumbo from some time in history called The Progressive Era, but that's probably not ringing any bells for you, either. Real Wisconsin News's definition of Progressive is a Socialist who is smart enough to call himself something else, like Obama.

Scott Walker, looking to demonstrate his ability to bring both sides of the aisle together, was simply trying to update the beloved document. You know, freshen it up, like how Act 10 and Right to Work freshen up the workplace. Real Wisconsin News has been allowed to see the edits of the wording to The Wisconsin Idea as it was planned to occur over the next four years. While Walker's staff also had newly discovered photos of Bob LaFollette and a Russian call-girl, the main body of work dealt with the nearly meaningless Wisconsin Idea catchphrase--"The boundaries of the University are the boundaries of the state. Basic to every purpose of the system is the search for truth to extend knowledge and its application beyond the boundaries of its campuses." Or something mostly like that.

Year three.  "The University must improve based on a continuous improvement business model. Basic to every purpose of the system is the readying of students for the workforce in the private sector."

Year four. "The state will improve the University using metrics based on a continuous improvement business model. The private sector businesses will decide how the readying of students for the workforce shall occur."

When asked if his edits were a bit Orwellian, Walker said, "While I have seen parts of Citizen Kane because a high school film teacher made me watch it, I relate much better to Forrest Gump for some reason. I like to think we're all equal, but some of us are more equal than others, and that's the American Dream."