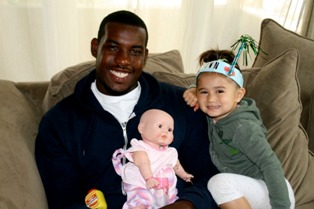 After appearing less family-oriented during the first debate for governor of Wisconsin, Mary Burke appears to have outsourced a family in order to compete with Scott Walker on family values. While the Burke campaign claims her family is legitimate and had been kept under wraps to protect its privacy, Walker’s campaign claims Burke is making a mockery of family values by outsourcing to other continents. Real Wisconsin News has delved into the backgrounds of the newly-announced Burke family.