Proof of Out of State Protesters in Madison

This article is as true today as it was a few years ago, as the same out-of-town protesters are heading to Madison. Except this time, the teachers are in school.

Governor Scott Walker has said that out of state protesters now outnumber those from Wisconsin who are protesting the bill that would kill their unions. Real Wisconsin News investigated, studying photos taken at the protests. We found that not only is Walker right, but UW-Madison may be up to some of their old tricks doctoring photos to make the protests appear more multicultural. You be the judge: 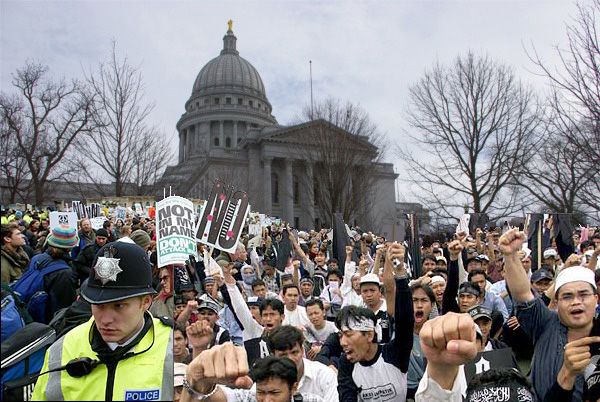 British police and an Asian mob? Scott Walker seems to be right. 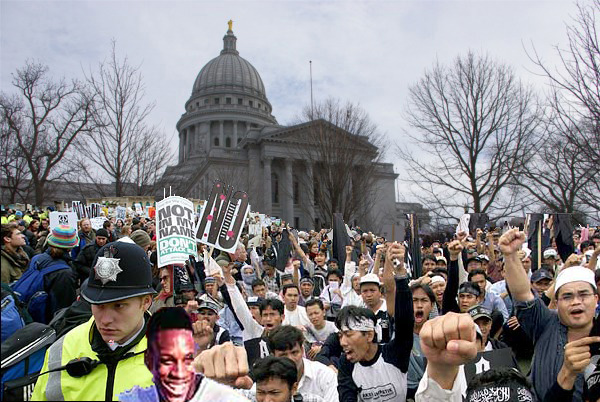 UW-Madison sent us this photo of the protesters in Madison. 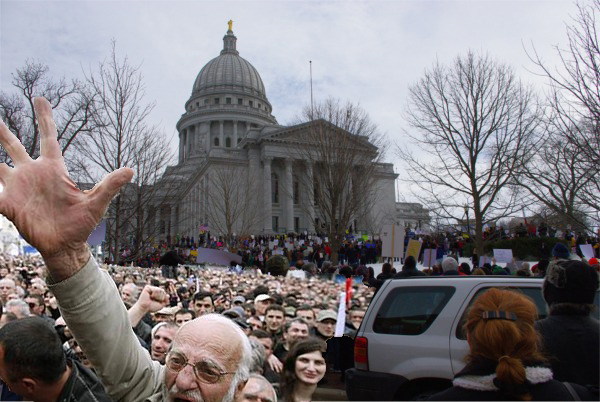 These protesters were flown in from Georgia (not the state). 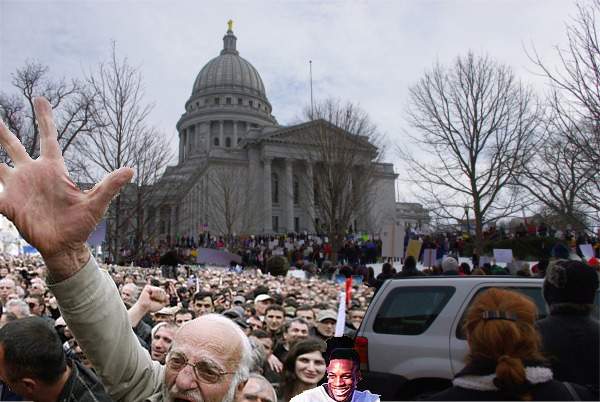 UW-Madison sent us this doctored photo trying to show the racial diversity in the protests. 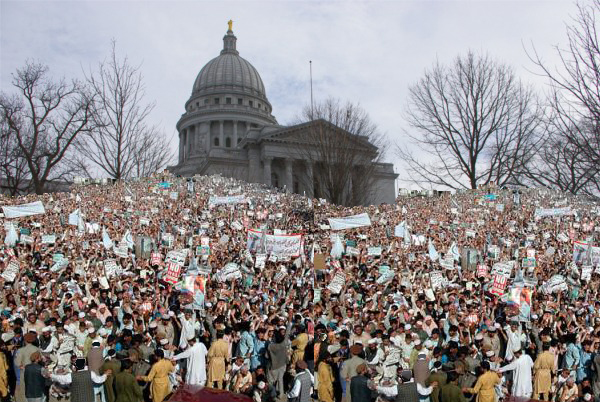 A huge mob of pro-union Pakistanis overrun the capitol and scare Roberta Darling. 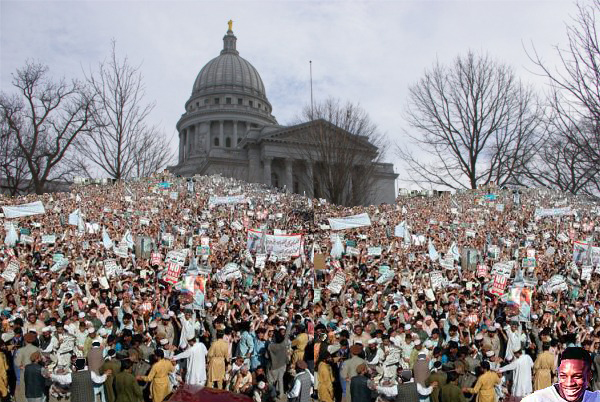 UW-Madison sent us this photo of the Pakistani union supporters 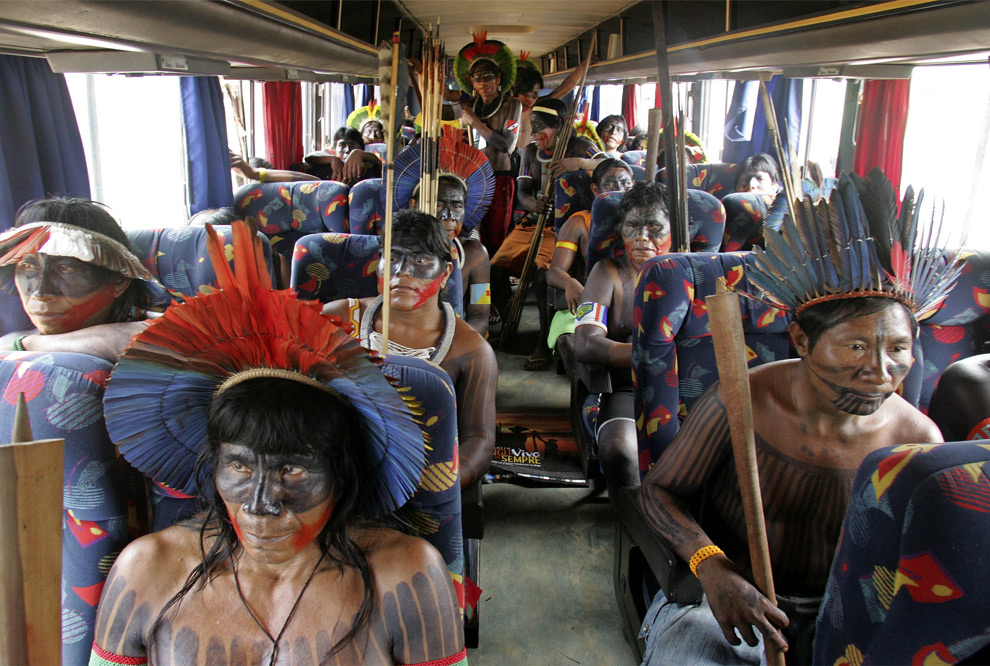 A busload of out of state protesters heading for Madison, some carrying weapons.

UW-Madison sent us this photo of the out of state protesters heading for the capitol to confront Scott Walker, Roberta Darling, and the Fitzgerald Gang with their own form of protest. Notice the war paint. This might get ugly, folks.

If you have to renew your… Read More

Mom, You Shouldn't've Damned me to Hell For Waking You Up

First off, I have to say… Read More

In response to a study published… Read More

Back to Top
Text Size