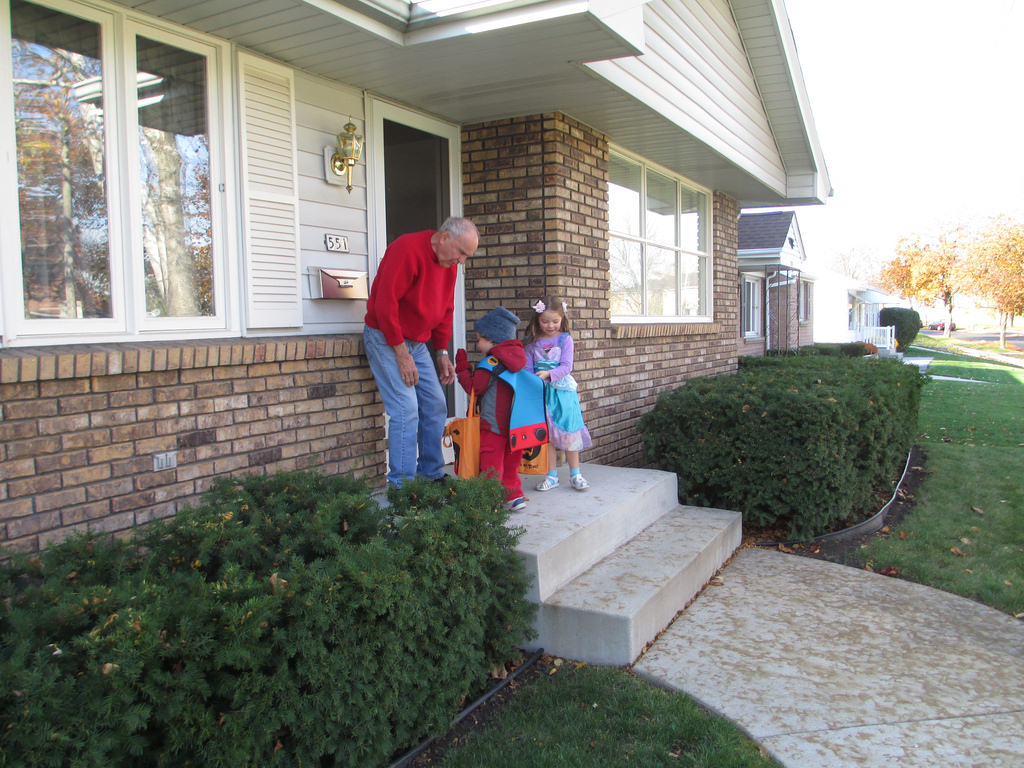 My search for trick or treat times in Lenexa, Kansas, led to this article. I was surprised to see that there were very few archived articles dealing with Trick or Treat times. I found some articles listing all the non-trick-or-treat celebrations and festivals, but not a lot about actual trick or treating in Johnson County, KS. Being new to the area in 2016, I do not know the local traditions, like if some app or town crier lets everyone know when to send the kids out. I get the impression from a few websites that times are dictated by neighborhood, so it might be difficult to pin down any times other than what Neighbor Mike (our HOA guy) tells us for Brentwood Park in Lenexa, but I’ll monitor my email so that you can add other times to the list as time goes on. And even if you’re reading this a decade from when it’s written, the idea is that there’s likely some tradition involved. I thought it was funny that one of the sources for archived times included a Honda dealership. I used Google searches and local sources in order to popluate the following table. I give the year next to the times listed so that you can decide if the times are still valid. As I get confirmation of new times, I will update, at least as long as it matters to my kids.

I know that in Milwaukee, some people had a disdain for the “carloads of kids” that came from other communities into the suburbs. I hypothesized that Johnson County communities avoided posting times to thwart such activity, though this is not confirmed, and it’s a complicated: we had one such group in MKE that basically terrorized the block I lived on one year, but I also understand the desire to avoid trick or treating in an unsafe or impoverished neighborhood.

If you live in the area, and you need website design, check out Passive Ninja, Luthernet, or Brave New Church.