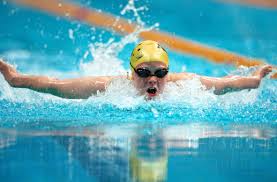 I am attempting to enroll for Level 1 and Level 2 Aquatics with my children. While I had decided to try to teach the kids myself, I have not had the time I thought I would have (laid off teacher trying to start my own business). The reason I had decided to go away from Milwaukee Recreation and teach them myself is because of the roller coaster ride we've had with the quality of instruction. I am hoping that this correspondence will be answered with some advice as to how to avoid such disappointments in the future.

To be fair, we have had one good instructor over the years. She was at Hamilton. An older woman (relatively speaking), and someone who had a plan for each class, encouraged kids and parents, and assessed skills once she taught and had the kids practice those skills. She was probably worth more than you generally pay your instructors, but it kept us from leaving at the time. A couple other instructors, and I’m being generous, were OK, meaning the kids learned a few new things and didn’t go backwards.

To be honest, however, that's pretty much it. Besides one standout, we've had a parade of unprepared instructors and unmotivated guards, often with substitutes or replacements who have no idea where the last person left off. I'll start with the lifeguards because I was one at 16. I got in the pool with the Level 1 kids, demonstrated whenever I could, and encouraged the learners throughout. I helped the instructor, and therefore was an instructor, while still doing my job. What I see from guards is an attitude of, "This is what I have to do, no more." To some extent, I get it, but if they're not going to help, I would at least appreciate legitimate patrolling of the pool, instead of hanging out with buddies.

The instructors have not been much better. Some have had habitually late start times, claiming to be waiting for students who never showed up, obviously to avoid more time in the pool with the little kids. Some have repeated the exact same lesson week after week. The last one we had at Juneau never even taught a thing; she simply described each skill and assessed student ability to perform it without instruction. That's when I had to pull the kids out, as we'd had way more bad than good. Way more review than learning. Way more laziness than working.

What's amazing is that I think you try. Some of these instructors have had laminated sheets to which they refer. I know that there’s a certain skills set that the students are supposed to attain by the end of a session. They have songs and techniques. But it just seems most of these instructors need a written plan for each class, a list of go-to lessons they can do if they forget what else to do, and a specific goal for each class. Just having kids repeat the same thing for 10 minutes out of the 30 minute class is silly, tiresome, and not beneficial. And it’s mostly lack of preparation.

I’m not looking for swim instructors to do what classroom teachers do. I understand that they might wing it most of the time. I just want to feel that those instructors are fully engaged and putting forth their best effort for the 30 minutes my kids are in the pool. I wrote an article about a friend of mine (a former MPS student) drowning, and I saw another article about a similar event happening just this summer. We have the pools and the recreation division to help stop this sort of occurrence, but if parents realize the time spent taking Milwaukee Recreation Aquatics is often time wasted, they will stop coming.

My goal is simple: I want to encourage your instructors to put forth the effort expected of someone responsible for teaching such an important life skill. I want to encourage you to find out who is not using or following some kind of lesson plan in order to get them to do so. There probably should be parent satisfaction surveys, but I know they can sometimes be unreliable. I know the director of the Recreation Department showed up one day when I was working at Juneau, assessing what we were doing. Basically, with all the accountability I felt as a teacher my last few years in the classroom, it’s frustrating that many of the folks responsible for teaching my kids how to swim seemed to have little or no accountability, which led to optional effort. Either that or it’s been a revolving door of inept instructors, in which case hiring practices could be questioned. MOST OF ALL, I want to be able to choose where my kids go to learn to swim based on some kind of score or rating. I don’t want to hope for the best, and then get one of the half-dozen lazy, uninterested instructors when you have just as many good instructors (I hope) hiding somewhere. My kids took gymnastics at Hamilton for a couple of years (because they liked it), but the instructors were so bad that I just had to ask if they’d be back. When the rec office there assured me they would, I had to stop enrolling the kids. The process for avoiding such instructors should be easier, even if it’s by name rather than a score.

With all of this said, I hope that the Bay View Tuesday evening swim lessons have a good instructor. I am trying to believe it will. I am hoping that going to places like Riverside or Bay View might make a difference over such locations as Marshall.But I’m not sure, and if even Bay View can’t produce an adequate swim class, then we officially will be done with the program for good, especially now that $32 for a swim class is suddenly expensive to us. Milwaukee Recreation should be a reason people want to stay in the city, providing legitimate alternatives to gym memberships or privately-run programs. However, it must also stand up to public scrutiny. While I do believe in a strong city recreation program, Milwaukee Rec Aquatics will have to live up to that belief in order for us to bother with any of the other programs in the future.

Please stay tuned for my review of the swim classes at Bay View.  Write a comment if you have an opinion about Milwaukee Rec's Aquatics. I'd especially like to know where you've had repeated POSITIVE experiences.

How to Request a Book at Your Public Library

Did you know that you can… Read More

Where do I start with Dominique?… Read More

This is a letter of recommendation… Read More