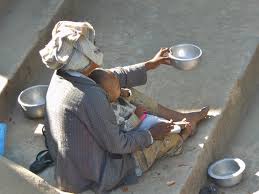 With about two months left before I have to slave away at another job in order to make ends start to meet a bit more, I have decided to play my last hand as a web designer, and it’s going to be an exhausting proposition: I will design a new site, based off an old site, each day (or thereabouts) in the hopes that the new site can be sold to those in charge of the old site. Is it crazy or is it genius? We’ll see in about a month, I think. I want to be a website superhero, rescuing outdated sites with my powers.

The big problem with getting contracts to build new sites is that people need to trust you, but all they really have is a portfolio that looks nice and some other sites that don’t exactly look like what they might want. I got the idea to just go ahead and design a site when a contact told me he was interested in my service but had to look at other options and discuss it with a board of directors. These board members all have friends and relatives, or even themselves, perfectly able and willing to design websites. I know web designers are all over the place, and the bold (and cheap) board also knows it can outsource to India. Instead of waiting for the contact to tell me they were going in another direction, I sent a link to a brand-new, working version of my vision for the site based on the old one. I told him that’s what I have and what I would want for the site. And that the bar had been set.

I’ll probably still lose the contract to someone else, even though my sites are new, mobile-friendly, and ready to be updated on the front end from anywhere without any web design knowledge. It’s ready to go as soon as they redirect the DNS my way. If they don’t, I have a sample site I can use for screenshots and a little more practice. If they decide to try to build it themselves, I might still get a call 20 hours down the road. They might even use my site as a template and hire a friend. I think my new method of trying to get clients might result in a lot of others getting in gear on projects they’ve promised or begun, but it also might result in a few jobs.

Keep in mind that the only way I can do this is by replacing simple sites that are badly out of date, which means the business might not be in any shape to pay a lot of money. I can also do it because I’m fast when I get going. Very fast. I can’t really reveal how fast or else it might seem like I’m overcharging, but let’s just say I have a new design down to a one-day marathon. Which means that with two months to go, my goal is 30 new sites done this way.

If I sell all of the sites, my business will work. If I sell half, I can delete the other half and build 30 more, making enough money to stay in business. If I sell 10, I will get that job with a few bucks in my pocket.

The good part about these sites will be that I will not be contacting clients back and forth, trying to make it all perfect. I will assume the company or organization likes something about the original design, and I will just incorporate those elements into the new site. However, I will use several add-ons and my own experience in order to make it so much better that it should be a no-brainer to go with me. Last month, I had a bunch of churchy domains ready to purchase so that I could try to sell church-only sites, but some church sites can be complicated, so my new idea will be to find just simple sites that need to be better. Does it seem desperate to go ahead with this plan? I don’t think so. In fact, I can see the web design companies in India putting their guys to work at it when they see my success. So many companies need new sites for mobile devices that people will be designing simple replacements for way more than they’re worth. I’m doing the opposite way in order to corner the market.

So, the new business model begins on July 14th. We’ll see where it takes me by mid September. By the way, if you know of a site that needs updating, let me know. You don’t have to be the owner or even associated with the site. Just let me know. For now, I’ll just be using Google Maps to find local websites in need, and if I get a potential client, I'll just build the site as if I have the contract (unless it's a week-long job).

One last thing: if you're a competitor, please refrain from doing the same thing to the same potential clients. What I mean is, I know it's a good idea, and I know someone will copy me, but if you do that and undercut me by $100 with some Wordpress version of my site, that would really hurt me inside. Not that I'm questioning your skills at all. I just think there ought to be plenty of work to go around for folks willing to build beautiful, functional sites fast and cheap. However, if you're with one of those big boutiques with 10 guys making $100,000 a year or more, all working on one site at a time, for months, holy crap you should be scared of stories like this, and you're going to see more and more of it.

I guess having one of the best domain names in the city as a church does not guarantee you'll have one of the best websites. Actually, it doesn't ensure you have a large congregation or location, either. Churchinmilwaukee is a church located two blocks from our house on Bluemound.

The original website was does with Microsoft Frontpage (I think), and the last copyright date is 2008.

If the church has yet to build a new one, you can see it here: ChurchinMilwaukee.org

My replacement is here: http://cureforthepain.com/churchinmilwaukee.org/

The Ottoman Society is another page that time has passed by. The problem is that it shows up well in some situations, just not all, and it's difficult to convey that to a potential client. My design is better, regardless. Responsive with a built-in, rather than linked, image gallery. Interactive map.

This site had some colorful and fund design elements that were lost in an old design. I took the best of the old site and merged it into something pretty nice.

This was actually the first site I pre-built, but it was done as a potential contract, so it's slightly different than the others here. The fact of the matter is that even though I was on a list of potential builders, that did not guarantee me anything. However, building my vision of the site before the decision was made guaranteed that I have a better chance of getting the job, partially because it's already done and ready to go. Imagine your site being ready for you BEFORE you decide to choose it. We'll see how well that plays at the board meeting about the site. Maybe board members will think I'm pretentious or over-confident, or maybe they'll think I'm desperate. Truth is, I'm just good at what I do and fast, so it makes sense to keep building.

My design uses some elements of the original, but it makes it much more exciting. I guess the question is whether they want exciting.

I saw a work SUV with a Blue Marble Landscape sign the other day while picking up Helena from Girl Scout camp. I checked out the business, and it's an offshoot of McKay Nursery. McKay has an extensive website that loads slower than any site I've ever seen, but it does not really mention Blue Marble, and the Facebook/Google+ pages are kind of sparse. I figured I'd build a site that looks better than two area competitors (David J Frank and Stano) in order to get Blue Marble's attention. The problem is that the vehicle was not there the next day, so we'll see if I ever meet Mr. Blue Marble or have to try with the phone.

A fairly small church but almost right downtown, Trinity could certainly be grand once again, but the website lacked luster.

With a Passive Ninja upgrade, the church is ready to reach out to hipsters and other young and trendy Milwaukeeans.

This church and child care seems to be growing, but the website was stuck in 2008. Joomla 1.5, which means they missed the 1.6, 2.5, and 3.0 upgrades. While the staff might be frustrated with Joomla 1.5, they did use it effectively to create a lot more pages than I expected to move. However, you will see that several of the pages were not re-created because they were empty, a cardinal sin for a website.

My design takes on a similar flavor, mixing the reds and blues of the main page photo and the Lutheran cross.

Still hoping that it matters that I'm Lutheran (and LCMS), I built another Lutheran church website. This was my first test of the new Gantry 5 system. It made a few things easier, but the learning curve made this site take longer than any of the other spec sites to date. The original site was also larger than initially thought, but I think I nailed the design again, as it pays homage to the past look while taking on a modern feel.