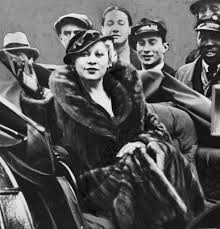 This is a partial list of the top screenwriters and playwrights associated with Milwaukee and Southeastern Wisconsin.

Abrahams was born in Shorewood, Wisconsin to Louise M. (née Ogens), an educational researcher, and Norman S. Abrahams, a lawyer.[1] His family was Jewish; he attended Shorewood High School.

He may be best known for the spoof movies that he co-wrote and produced with brothers Jerry Zucker and David Zucker, such as Airplane! (for which he was nominated for a BAFTA Award for Best Screenplay) and The Naked Gun series. The team of Zucker, Abrahams and Zucker (also referred to as "ZAZ") really began when the three men grew up together in Milwaukee, Wisconsin. He produced movies on his own such as Big Business, and further honed his skills in parody with Hot Shots! and its 1993 sequel, Hot Shots! Part Deux.

Joseph Anthony was born as Joseph Deuster in Milwaukee, Wisconsin on May 24, 1912. His parents were Leonard Deuster and Sophie Deuster (née Hertz). Anthony attended the University of Wisconsin. He married Perry Wilson. He prepared for the stage at the Pasadena Playhouse from 1931 through 1935 and at the Daykarhanova School from 1935 through 1937. Anthony served in the United States Army in World War II from 1942 through 1946. On January 20, 1993, Joseph Anthony died at the age of 80 in a nursing home in Hyannis, Massachusetts.

William Bast (April 3, 1931 – May 4, 2015) was an American screenwriter and author. In addition to writing scripts for motion pictures and television, he was the author of two biographies of the screen actor James Dean. He was partnered in work and life to Paul Huson.

John McGivern (born in Milwaukee, Wisconsin) is an American actor and writer, best known for playing Bruce McIntosh in the Disney film The Princess Diaries. and many commercials for companies such as Kohl's department store, Sears, and Philadelphia Cream Cheese. He is a graduate of St. Lawrence Seminary, in Mount Calvary, WI.

In 2010 he received an Emmy Award for Outstanding Achievement for Individual Excellence On Camera: Programming - Performer in the Chicago/Midwest region.

As a playwright, his work includes Shear Madness, a comedic murder mystery with audience participation elements, and several one-man monologue shows. He performed at the inaugural We're Funny That Way! comedy festival in 1997, and appeared in the festival's documentary film in 1998.

He is also the host of Around the Corner with John McGivern, a Milwaukee Public Television series in which he visits and profiles various communities throughout Wisconsin.

John Ridley IV.(born October 1965) is an American screenwriter, film director, novelist, television showrunner and writer known for 12 Years a Slave, for which he won an Academy Award in 2013 for Best Adapted Screenplay.

Brian Jaeger (born1975 in Milwaukee, WI) is an author, screenwriter, playwright, and satirist. His two collaboratively-written screenplays (Eighth Grade Ends and The Jeff Movie) and musical play (Philadelphia Store) represent his body of work in film or theatre so far. His writing also includes the Arizona and Utah adventure series and the Wild West Allis series. Brian is an author for several local websites, including his family blog (Satisfamily.com) and a satire news website (Real Wisconsin News). His entire portfolio of writing can be found at McNewsy.com.

Brian was born and raised on the West Side of Milwaukee, attending John Marshall High School and UW-Milwaukee. His subject matter is often local and personal, and he prides himself on being an everyday, normal guy who knows how to write about being an everyday, normal human being. Brian was a teacher for twelve years before being laid off as a result of budget cuts to education.

Planned projects include Mohican Falls High School--Going Falls Deep (the story of being a teacher in Wisconsin) and Arizona and Utah and The Search for the Gypsy Gold (a novel 10 years in the making). Because he spent many years trying to keep his writing separate from his teaching, Brian has only been promoting and publishing his work as himself since 2014.

Richard Warren Schickel (born February 10, 1933) is an American film historian, journalist, author, filmmaker, screenwriter, documentarian, and film and literary critic. He was a film critic for Time magazine from 1965-2010, and has also written for Life magazine and the Los Angeles Times Book Review. He currently reviews films for Truthdig.

Schickel was born in Milwaukee, Wisconsin, the son of Helen (née Hendricks) and Edward John Schickel.[1][2] He is featured in For the Love of Movies: The Story of American Film Criticism. In this 2009 documentary film he discusses early film critics Frank E. Woods, Robert E. Sherwood, and Otis Ferguson, and tells of how, in the 1960s, he, Pauline Kael, and Andrew Sarris, all young critics, rejected the moralizing opposition of Bosley Crowther of The New York Times who had railed against violent movies such as Bonnie and Clyde. In addition to film, Schickel has also critiqued and documented cartoons, particularly Peanuts.[3]

Schickel was a recipient of a Guggenheim Fellowship in 1964. He has also lectured at Yale University and University of Southern California's School of Film and Television.

Known for her bawdy double entendres, West made a name for herself in vaudeville and on the stage in New York before moving to Hollywood to become a comedienne, actress, and writer in the motion picture industry. In consideration of her contributions to American cinema, the American Film Institute named West 15th among the greatest female stars of all time.

One of the more controversial movie stars of her day, West encountered many problems, including censorship. When her cinematic career ended, she continued to perform in Las Vegas, in the United Kingdom, and on radio and television, and to record rock and roll albums. Asked about the various efforts to impede her career, West replied: "I believe in censorship. I made a fortune out of it."