Newer is not Always Better in Web Design and Technology 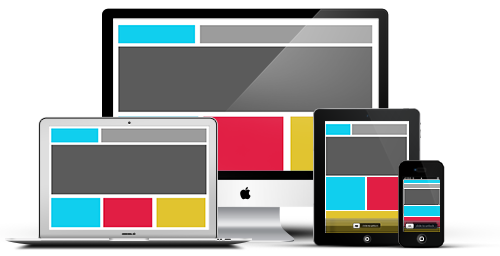 A friend and I were discussing some purchases made by a non-profit we both hold dear to us, and I was lamenting the waste of money that had gone into technology. I made a statement that I’d probably heard before, but you likely don’t hear it very often from someone trying to sell you a new website or technology-based service: newer isn’t always better; better is better. Let’s look at a few illustrations to prove my point.

We can start with my former employer, a school district. Those in charge of technology spending seemed to spend as if their own jobs depended on it--like if they found simple, free or cheap solutions with teacher input, someone might question their value. Actually, I think I hit the nail dead-center. I found free component after free component that did most of what their paid services could do, and most of the licenses they were purchasing were $10,000 a year, but it made them look like they were in charge of this important part of the school district. Basically, they had no incentive to find efficiencies because the money spent made it appear as if they were doing their jobs, whereas I, as an individual teacher, could not afford to spend any money, so I found free solutions.

I know, it doesn’t make sense. However, neither does changing everything because something new is available. We changed teacher websites four times in the twelve years I was teaching. In that time, I kept ONE personal teaching page that was better than the school-bought systems when I put it together, and, in a lot of ways, better than the last sites the school district was implementing as I was leaving (Google Sites, except those I built: Teaching site https://sites.google.com/site/brianjaegerteachingpage/ Department Site https://sites.google.com/site/brianjaegerenglish/ ). Anyhow, the point is that the district could obviously figure out when websites were bad, but it relied on salesmen to outline how the sites could be good. Do you know what the answer was, each and every time? Go with our company. That’s it. As if their companies were going to do anything more than look slightly newer than the last one; as if teachers were suddenly going to update a new system. Nope. Newer was just newer. Better would have been getting people to change, not changing the website again, but salesmen can’t sell new people, so they sell new websites.

Of course, as a new business owner, I should be a salesman. I’m just not. I’m a pragmatist who built better websites for my students than most of you have ever had built for your corporations. No, they weren’t super flashy, but the sites I built were solid and provided the tools students needed to do well, and then (and this is REALLY important) I made them use the sites. When I redesigned the English 9 curriculum, it was so that computers would be required DAILY, and not just to send each other silly messages or vote on some dumb classroom voting thing. You see, the kind of website I built didn’t matter as much as the fact that I was forcing its use, and that’s what made my site better than any other English 9 website ever built in Google Sites.

School districts think that if they go with the next e-learning site, what I was able to accomplish will happen overnight. Salesmen, again. Do you realize what you get when you first set up a educational management system? NOTHING. You add stuff to the site, like I did with my Joomla site and my Google Sites site. The online learning pages I created took hundreds of hours to create. Sure, it’s cool that Moodle or the like can show students their progress, but all those lessons have to be created by a teacher who couldn’t even update a one-page, template-based page. The right solution, of course, is to pick one solution that can be expanded and train people not only how to use it but WHY to use it. That’s it. Then, repeat yearly until it catches on. If you’ve gone with something like Joomla or WordPress, keep it updated, and show people why it’s important to update. No magic. But magic is what has web developers and marketers driving BMWs.

If You Don’t Know, You Better Ask Somebody (Honest)

Sometimes it’s that simple. Ask someone for help. Maybe that someone is working for your organization, but it might be someone you hire. However, look for someone internally first. Hey, does anyone here have experience using WordPress? Maybe not. Hey, does anyone have a spouse who knows Joomla or Moodle? If you’ve had a website for a few years and nobody in your organization had gotten at least a little bit good at using it, then nobody’s using it at all. None of the CMS options are that difficult. However, hired or not, find someone. The non-profit mentioned at the start of this article was frustrated with a poorly-designed website in WordPress. I’m better at Joomla myself, but someone associated with the organization (of over 1000) would have been able to help. Or, maybe watch some tutorials on Youtube or download a guide. Instead, (you’re not going to believe this) the organization got a new website built in (you guessed it) WordPress. Brand new, as in Hello World, add content here. I’ll take a breath and explain for those of you contemplating a mistake like this. Let’s say you bought a car. The frame was free, but the design cost something. All you have to do to get a new design is keep the frame and throw another design over it. Maybe fill the tires with air. Instead, this organization bought a new car on the same, but new free frame. The salesmen were happy to oblige, I’m sure.

Another purchase was that of a video camera. The main purpose of this camera is to show video to older people on DVDs. The old system was a cheapo video camera hooked directly into DVD burner. It was kind of a complicated system, and not everyone was comfortable with it. Instead of training everyone, the solution, as promoted by a likeable salesman, was to buy a several thousand dollar video camera. Those cameras use about 1 gb per minute. I know because I have a DSLR. DVDs hold less than 5 gb. New problem. Also, it records at double the resolution achievable on a DVD. The organization needed better, not newer, and in this case, better would have been learning how to use the DVD burner. Or maybe a cheap $100 video cam like I got my son for Christmas that records in HD but with smaller file sizes. But salesmen don’t like selling $100 cameras, and those in charge of implementing technology don’t like purchasing items that seem simple.

What all of the purchases have in common was me and other people who knew better. I was known as someone who had experience with technology in a way that worked. The problem was that my solutions were often simple and often free or cheap. Plus, I always think about the end-user because my end-users include students, family, and friends. I don’t want them to hate me, so I consider how difficult my solution would be for them. The cool part is that when I take it all into consideration, adjust to early comments, and then teach people how to use what I have created, they end up being the best websites anywhere. And it’s not because of me as the designer of new sites. It’s because I think about what would make a site better while I’m making it newer, since, again, better is better. Find out how at PassiveNinja.com.

If you want to see what I can really do with an education site, check out Educabana.